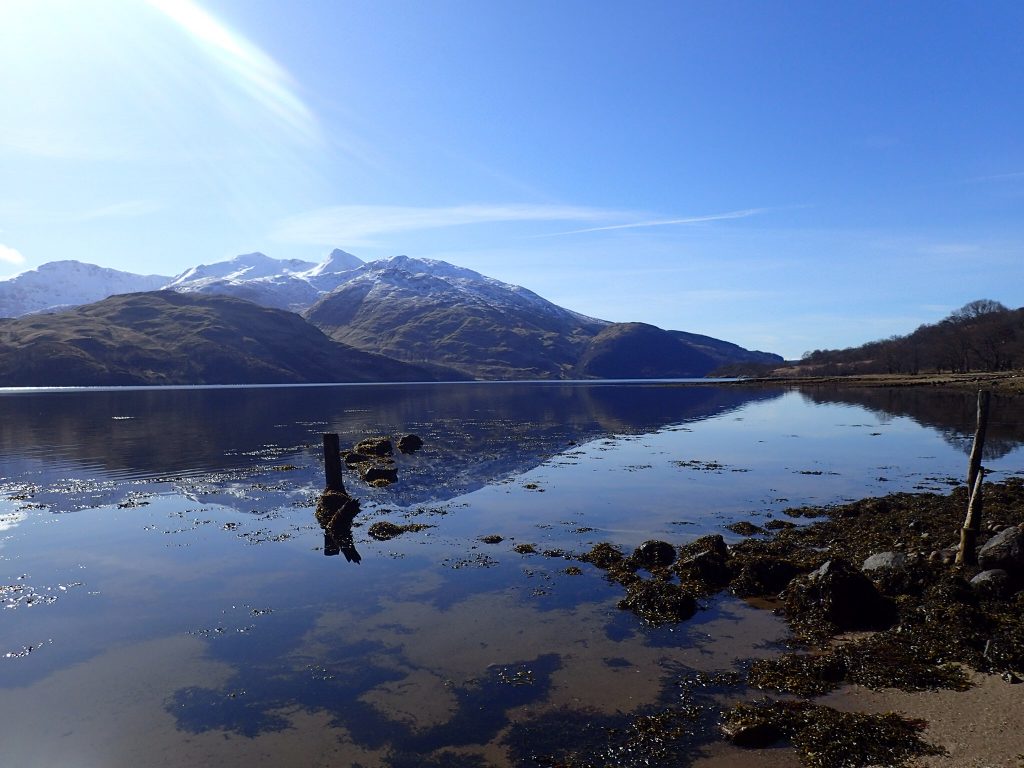 So, the big Cape Wrath adventure of 2020! Well, with lockdown coming in, the big art/hiking/fundraising project of this year needed some serious rethinking….. (Read about the original project in the earlier post here)

Full credit and thanks to Bryn Palmer, fellow volunteer at Venture Scotland for this write-up:

How do you tackle one of the hardest walking challenges in Britain, in one of Scotland’s wildest areas, under lockdown conditions?

Kath Pender had originally intended to start walking the Cape Wrath Trail — a 370km route, with nearly 10,000m of ascent, in the north-west Highlands — in late April, raising funds for Venture Scotland in the process.

But the coronavirus pandemic, and the subsequent restrictions imposed across the country, denied her that opportunity — for the time being at least.
Undeterred, despite the disappointment of having to postpone the challenge, Kath came up with an ingenious alternative.

Inspired by a suggestion from a fellow Venture Scotland volunteer, Isobel Freeman, she decided to make it a ‘virtual’ trail.

Instead of climbing more than the height of Mt Everest in the space of three weeks herself, she invited people to cover the equivalent distance of one of the 21 scheduled days from Fort William to Cape Wrath in their own local area instead.

They ranged from 13km to 27km per day, and people could walk, run, cycle — whatever they preferred — to complete the route.

“The response was outstanding; it all came together amazingly quickly,” Kath said. “All the credit goes to Isobel; it was her idea. She suggested other volunteers getting involved, and then I thought I would open it up to make it a bit bigger.”

Within a week, every day on her virtual schedule had been filled. Many of them by people she had never met before.
“That totally blew me away, people with no direct connection to Venture Scotland or myself. The people I had never met were the earliest to sign up and do it.”

More than half the days have already been completed, in locations up and down the country from Inverness to the River Thames and the South Downs near Brighton, via Dalmuir, Drymen, the Kilpatricks, Kincardine, Paisley, the Pentlands and the Peak District.

With others committed to the remaining days, including an old friend who lives in New Zealand’s North Island, the virtual trail should be completed around the end of June, raising awareness and the profile of Venture Scotland, as well as more invaluable funds.

Kath’s original target was £500, which she reached in short order. Donations had already reached over £1000 when the virtual trail was conceived and have now surpassed its updated £1500 target.

A library assistant at Glasgow University, Kath is also an artist whose work evokes the freedom and exhilaration of nature and mountain environments.
Her initial plan was to channel inspiration from the wild and rugged landscapes she would encounter on the Cape Wrath Trail and produce a collection of art at the end of it.

“Art runs through everything I do, and I had been thinking of trying the Cape Wrath Trail for a while,” she said. “Then it all came together with the fundraising for Venture Scotland.”

“At the time it seemed like a ridiculously long and challenging route. Compared to that, the virtual trail seems perfectly feasible from the comfort of my own armchair!”

She would, nevertheless, be quite happy to “drop everything” and crack on with tackling the trail for real, as soon it is deemed safe to do so. While it remains a possibility in the autumn, Kath believes next spring is probably more realistic, once remote areas are able to fully embrace visitors again.

“In some ways I am terribly unprepared because I have not been out in the hills for so long,” she said. “But if it is to be next spring, I will definitely be better prepared. I have had so much time to look at the route.”

She has also been able to buy a “decent tent” with the aid of a grant from the John Muir Trust. “Unfortunately, it’s not been out of the house yet.”

The support she has received has also made her contemplate her own approach to enjoying Scotland’s more remote areas.

“It has been a real eye-opener, that sense of people collaborating and relying on each other,” she says. “As someone prone to just heading off into the hills myself, I’ve realised I need to do more of that too, and not just be a lone ranger.”

You can follow the progress of Kath’s Virtual Cape Wrath Adventure on Facebook.
If you’d like to support Kath’s efforts to raise funds for Venture Scotland, you can find her Justgiving page here.

Thanks for the write up Bryn!

And my conclusion is…that people are immensely generous, asking for support is absolutely the way forward as people are happy to HELP even in the midst of a very stressful time for everyone!
At the time of writing and incredible £780 was raised from the virtual trail, bringing the project total to over £1800, thank you, THANK YOU to all involved.